FREE SHIPPING ON ORDERS $99 AND OVER CLICK FOR DETAILS

x
Price:
Actual Price:
Our price is lower than the manufacturer's "minimum advertised price." As a result, we cannot show you the price in catalog or the product page.

You have no obligation to purchase the product once you know the price. You can simply remove the item from your cart.
Our price is lower than the manufacturer's "minimum advertised price." As a result, we cannot show you the price in catalog or the product page.

You have no obligation to purchase the product once you know the price. You can simply remove the item from your cart. 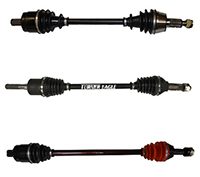 Whether you're bogging through seemingly bottomless muddy pits in the south, rock crawling out west or somewhere in between, upgrading your stock axles is usually a necessity.  Today, we're going to look at three different brands of axles: Rhino, Turner Cycles and RCV Performance. 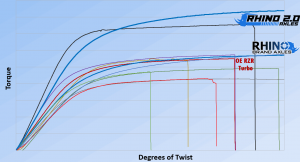 provide the most affordable aftermarket axle option; and it's still an upgrade over stock axles.  Coming in at a price point at $ 199.95, they're an affordable upgrade that suits the needs of most riders.  These axles can withstand a little more torque than the OE axles, but can withstand FAR more degrees of twist than your OE axle.

After the success Rhino had with their original axle, they came out with an even higher performing axle, the Rhino 2.0.  Rhino 2.0 axles withstands MUCH higher levels of torque than OE axles and original Rhino axles. 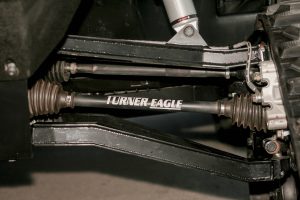 Turner Cycles are very popular with extreme mud riders.  There are options for all types of riding starting with their Turner Eagle Level 1 axle.  This axle is ideal for the rider who's looking for a high quality USA made axle but isn't getting into too many extreme riding conditions.

For those types of scenarios, you'd be more than happy with the Turner Eagle Level 2 axle.  This axle was designed with stronger internals for machines with higher horsepower and riders doing more than just trail riding.

Turner also has the Turner Eagle Level 2 Upgraded Series which is only available for rear axles.  These have upgraded internals from the Level 2 and was designed for guys running large tire and big lifts on their machines. 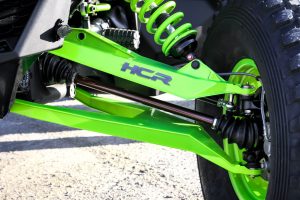 RCV Performance is THE name in the game when it comes to off road axles.  With years of expertise in the truck/Jeep off road/rock crawling industry, it was a natural progression to begin making axles for UTVs.  The RCV Pro Series II axle is the top of the line axle that any serious rider needs to have on their machine.  RCV has patented their CV boots because of how they are one of a kind in terms of heat resistance.  If you can't afford to be broke down trailside because of an axle issue, RCV are the axles for you.

One thing to keep in mind with all axles regardless of brand, is when you are changing the suspension geometry, it is important to check with us that you are getting the correct axle.